Ensuring that your boiler is in compliance with the EPA’s newest emissions regulations is critical to all boiler owners and operators. With proper education on what is required of the boiler MACT, stakeholders can take the appropriate steps to easily meet deadlines and avoid costly fines.

What is Boiler MACT?

The Clean Air Act standards and Boiler MACT (maximum achievable control technology) regulations were issued originally by the EPA and published in the Federal Register in March 2011. Since then, the rules have been re-finalized and tailored to increase flexibility and address concerns held by boiler owners, and reflect the real world operating conditions of specific types of boilers.

The rules were put in place predominately to regulate air pollution from boilers and process heaters, and the major reasoning behind the rules relate directly to maintaining the health of the public. The EPA estimates that for every dollar spent to reduce air pollutants, the public will see $13 to $29 in health benefits, and fewer asthma attacks, heart attacks, and premature deaths.

The requirements of the Boiler MACT apply to equipment that burns coal, oil, biomass, natural gas, or other solid, liquid and gaseous non-waste materials, and different rules apply to different pieces of equipment based upon assigned categories and subcategories.

In order to comply with the Boiler MACT, you will need to determine the following: 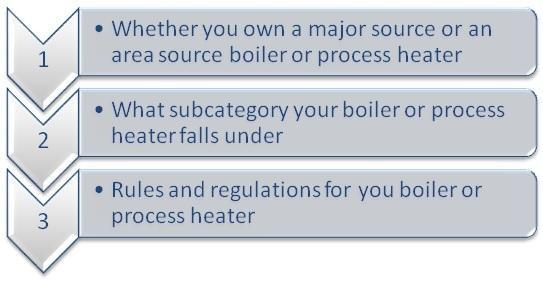 The EPA has estimated that there are 183,000 area source boilers compared to 14,000 major source boilers in the United States. Though emissions from each individual unit may be small, the combined emissions are rather significant and air pollution from boilers and process heaters (particulate matter, carbon monoxide, hydrochloric acid, mercury and trace amounts of heavy metals), can cause a range of health effects including respiratory issues and asthma.

Major source boilers are subcategorized based on four components:

Area source boilers are subcategorized based on three components: 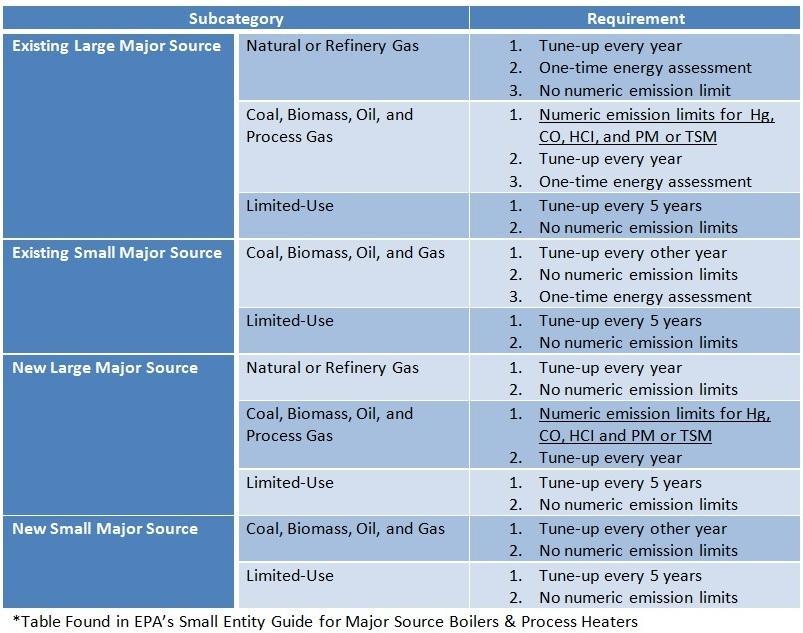 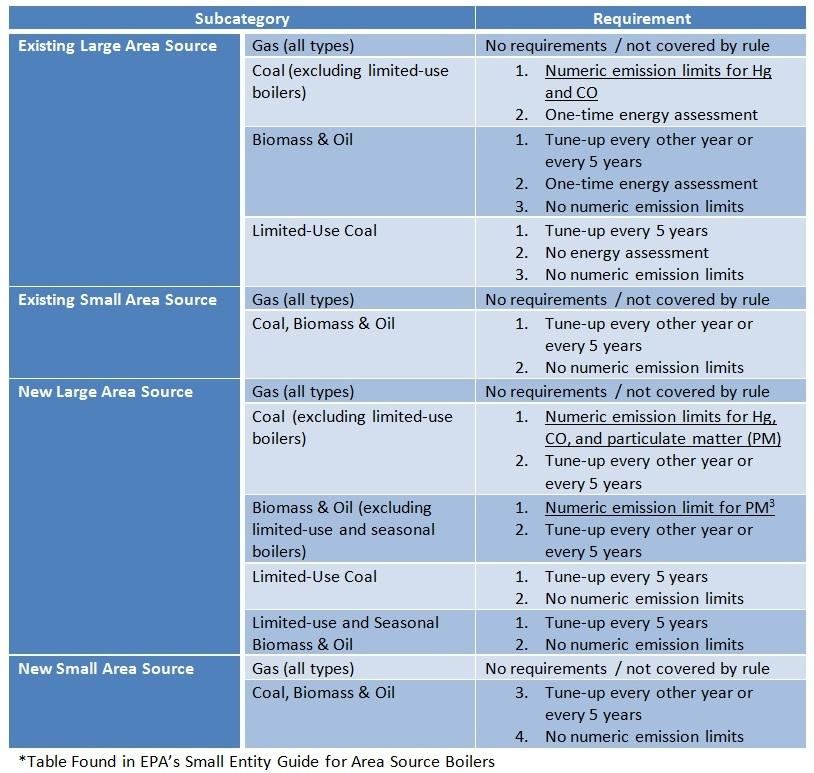 HOW NATIONWIDE BOILER CAN HELP