Nationwide Boiler’s 38th Annual Charity Golf Tournament was one for the books. We started off the week with a practice round at the Spyglass Hill Golf Course, with 48 golfers competing in a scramble and ‘Bushwood Ball’ competition. This led us to our welcoming banquet where guests dressed up in themed attire, based off of the movie “Caddyshack”. With gophers and baby ruth candy bars at each table, and a sign that read, “Welcome to the Bushwood Country Club” upon entry to the banquet hall, the theme was in full effect.

Guests enjoyed drinks, mingled, and purchased raffle tickets during the cocktail hour in the new Fairway One Room at Pebble Beach. Dinner consisted of a clam bake buffet with mouthwatering lobster, oysters, prime rib, and more, followed by a number of choices for desert. At the end of the night, President Larry Day, or Judge Smales for the evening, announced the scramble & ‘Bushwood Ball’ winners, along with our big winner that evening, Steve Graves from Campbell-Sevey. Mr. Graves won the “Raffle of a Lifetime” prize; a golf stay & play package at the Broadmoor in Colorado Springs, including $600 in airfare.

Bright and early the next morning hole signs were set out on the green and guests arrived to check-in for the big day of golf. Golfers had the opportunity to buy in for the “Best Ball” prize (a 50/50 style competition), purchase mulligans, and receive their thank-you gift, a Pebble Beach golf towel. As foursomes finished up at the 18th-hole, scorecards were collected and golfers had time to relax and socialize at the scoring room as other foursomes completed the course. That evening, over 100 guests arrived at the Pebble Beach Room for the awards banquet and ceremony, where additional fundraising activities were held. This included a card raffle with a $1,000 prize, and both silent and live auction events.

The food was delicious, the speakers were fantastic, and the event was a huge success. At the end of the evening, Nationwide Boiler’s Bill Testa announced our tournament winners: Miles Freeman from HTS brought home first place in the callaway division, Mike Moore from MG Sales brought home first place in the Handicap division, and our overall low gross winner was Jordan Bliss. The big winners, however, were Make-A-Wish® Greater Bay Area and the ABMA Scholarship fund. Nationwide President, Larry Day, 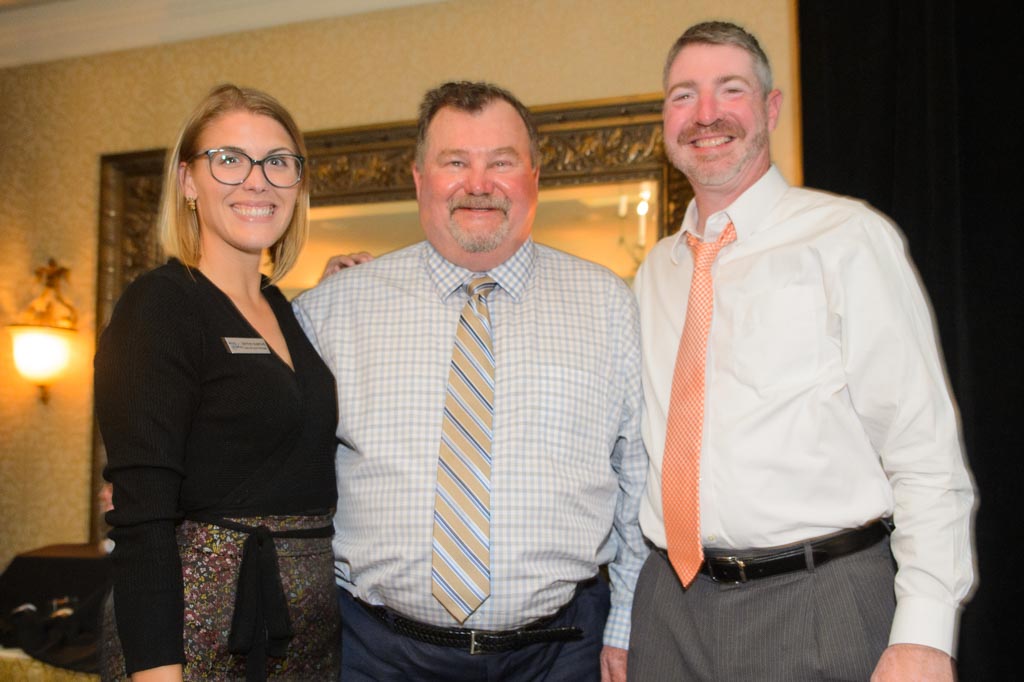 It is truly a joy hosting such a great event with such friendly and generous people. We look forward to continuing this tradition for many years to come.

Save the date! Next year’s tournament is scheduled for May 8 – 9, 2019 and will coincide with Pebble Beach’s Centennial Anniversary and the return of the US Open Championship in June, which will make the course conditions for our tournament much tougher (i.e. narrow fairways and longer rough). It is surely an event you won’t want to miss!

Chelsey Ryker
Uncategorized
Integrity, Dependability, and Real Customer Service is more than just a tagline for the employees of Nationwide Boiler, it’s also what drives most every action and decision relating to the company’s customers, vendors, and stakeholders.

Integrity is more than doing what we say we will do; it’s striving for high levels of ethics and fairness, resulting in a relationship with others built on trust. Nationwide Boiler’s impressive repeat customer list illustrates five decades of superior integrity in providing solutions and products that meet the high demands of the industry. Our commitment to provide reliable rental boiler equipment performance, no matter what challenges may occur, while ensuring complete customer satisfaction, further solidifies our consistent efforts in doing the right thing in the most reliable way.

Dependability is why our customers call on Nationwide Boiler no matter what the boiler need. Our primary boiler maintenance and inspection programs result in equipment that is delivered ready to operate, helping to minimize lengthy downtime and achieve rapid installation and operation. In addition, high levels of satisfaction through the purchase of new and used equipment provide plant operations with years of reliable boiler performance from the most trusted boiler manufacturers in the world.

Real customer service is listening to our customers and building a partnership that lasts before, during, and after a job. We support and provide quality solutions that not only meet, but exceed the unique requirements of every application. Moreover, Nationwide Boiler’s technical experience and knowledgeable sales and service teams equip our customers with the information, tools and guidance needed to help make the most informed decisions and provide the most effective solution.

Chelsey Ryker
Maintenance NBI Corporate News
Nationwide Boiler is excited to announce that we now have an additional storage and maintenance facility to better serve our customers in the Central United States. The facility is owned by Applied Global Cogeneration (AGC) and is located in Broken Arrow, OK. The 112,000 square foot manufacturing and test facility has ample space for our large trailer-mounted watertube rental units and stock boilers.

Having several different locations for equipment storage allows Nationwide Boiler to provide customers with dependable solutions and real customer service, getting equipment out quickly and saving money on delivery costs.

Keeping up with the Compliance's

As much as we sometimes wish they would just go away, compliance regulations are here to stay.  Overall, regulations are put into place by local governing agencies for the health and safety of the public, environment and plant operations.  These are all items which we agree must be top priority. However, the most difficult part of regulations is interpreting, comprehending, and staying current with new rules, revisions, and updates.  Combine that with the fact that the applicability of regulations can also be daunting -- things just get harder and harder.

When it comes to NOx compliance, Nationwide Boiler has you covered.  We have helped hundreds if not thousands of customers meet both local and national NOx compliance regulations ever since the Clean Air Act passed in the 1980’s.   Our boiler rental fleet is equipped with the most advanced burners the industry has to offer and our new and reconditioned boilers all include energy efficiency upgrade options and CataStak™ SCR System component add-ons, proven to reduce NOx to levels as low as 5 ppm.

Read more about this project and how it demonstrated a simple method of reducing greenhouse gas emissions without the use of a standard ammonia-based SCR in the fall edition of Today’s Boiler.

Additional Energy Savings with Variable Frequency Drives
Last month on the Boiler Blog, we focused on increased efficiency through the use of O2 trim. This i...