B&W MEGTEC is a leading global supplier of environmental control technologies. Their line of emission control equipment is used for the removal or recovery of VOC, SOx, NOx, particulate, and/or mercury from flue gas or existing processes. MEGTEC’s environmental solutions will pair well with Nationwide Boiler’s proven CataStak™ SCR system.

Chelsey Ryker
NBI Corporate News NBI Product News
At Nationwide Boiler, we are constantly looking for new opportunities for growth and enhanced relationships with reputable manufacturers. We are thrilled to announce our most recent partnership with Webster Combustion Technology, representing their boiler-burner line in Central and Northern California. This new relationship will allow Nationwide to offer customers an efficient and cost-effective burner as a retrofit or a part of a new package boiler system.

At Nationwide Boiler we continuously upgrade our stock of rental equipment, allowing us to offer our customers a variety of options to fit each individual need. We are currently assembling two (2) 650 HP, 250 psig design, low NOx mobile boiler rooms. Below are some pictures of one of the boilers being put into its trailer, take a look! 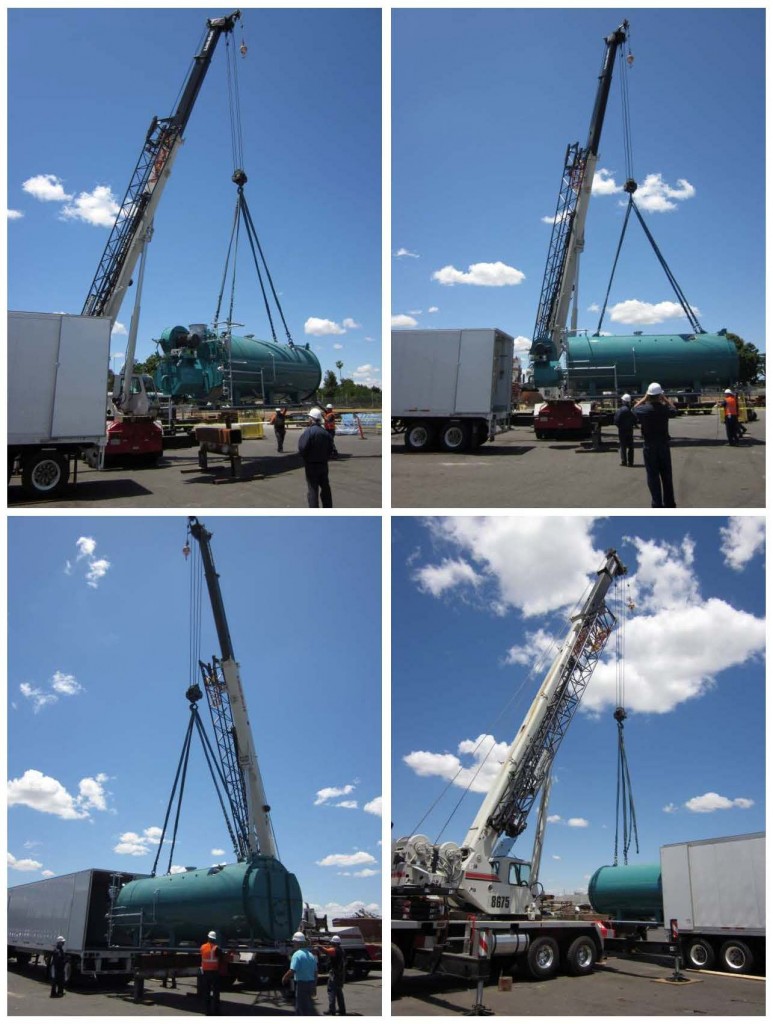 Duke’s Coal Conversion Soon To Be a Reality 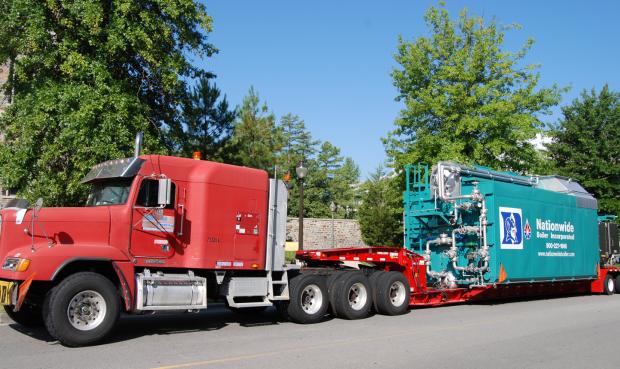 On April 14, 2011 Duke burned the last of its remaining stock of coal from its famous black mountain off Coal Pile Drive. As part of Duke's Climate Action Plan to become carbon neutral by 2024, the University is converting its West Campus steam plant from a coal-burning plant to a natural gas-burning plant.

To aid in the University's efforts, Nationwide Boiler supplied a temporary 82,500 lb/hr trailer-mounted boiler for the plant, proudly delivered to the University with their Blue Devil logo. The boiler will be used until next Spring while the West Campus Steam Plant acts as a "base plant", along with steam produced at the East Campus plant, to heat Duke's buildings, sterilize surgical equipment and maintain proper humidity for art work and lab research.

Duke's director of Sustainable Duke, Tavey McDaniel Capps, said Duke's steam plant renovations make it a leader for other colleges and universities who are also focused on helping the environment. "This kind of step is pivotal in our effort to move closer to carbon neutrality," she said. "Being proactive in our sustainable efforts will make a big difference in the future."
2420 Hits
0 Comment
Tags:
carbon neutral coal conversion Duke University rental boiler
Tweet
2420 Hits
0 Comment
Previous     Next
1 2 3